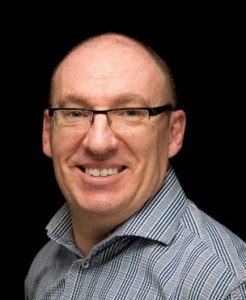 Principal of ETCAsia, and lecturer in Systematic Theology, Church History, and Ethics.

Marty is originally from Sydney Australia, where he worked in merchant banking as a computer programmer. He then entered theological college and afterwards served as an assistant pastor in a large church in Manly. In 2000 Marty moved to Perth, Australia where he taught systematic theology at Trinity Theology College for 18 and a half years. In 2019 Marty joined the faculty of ETCAsia. Marty is keen to show how the gospel is central to both Christian ministry and all of life. He is married to Jenny, and loves to spend his spare time with her walking in nature, and enjoying good food with friends.

Marty’s masters thesis was on Richard Hooker’s doctrine of justification, and his doctorate examined the doctrine of the gospel in systematic theology in the early reformation.

Research Interests: The canon of Scripture, the nature of the gospel, justification, the theology of mission, as well as medieval and reformation theology. 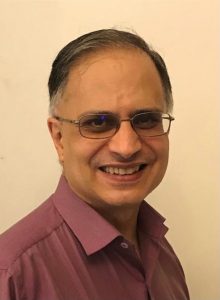 After graduating from Oxford University, Ro spent nine years working as an investment banker in the City of London. It was during that time that he came under the expository preaching ministry of Dick Lucas at St Helen’s Bishopsgate Church, which was to have a profound impact on his life.

Over time, the importance of the gospel and the priority of preaching moved him to turn train for Christian ministry. Ro attended The Cornhill Training Course in London, studied theology at Oakhill Theological College, and did post-graduate and doctoral studies at both Cambridge University and Aberdeen University.

Subsequently he spent over 10 years in pastoral ministry in the UK, ministering in a small urban inner city church in the West Midlands, a large church in commuter-belt Surrey, and a suburban church in Bournemouth.

Ro is married to Rita and they have a daughter, Charis. Ben moved from the UK in September 2021 to teach Old Testament and
Hebrew at ETCAsia, with his wife Suzy and three children Molly (14), Dylan (12)
and Finn (10).

After graduating from Cambridge University in 2001, he spent the
following twenty years on the ministry teams of four different churches, in
Cambridge, North London and in the Cotswolds. He completed his PhD in the
literary structure of the books of Samuel, alongside planting and leading a
congregation, and then spent a year overseeing a group of churches near Oxford,
before taking up the role at ETCAsia.

Ben’s research interests include Literary and Canonical Readings, Old
Testament Theology, Biblical Theology, Discourse Analysis, Psalms, Pentateuch
and Biblical Counselling. He is currently working on a commentary off the back
of his PhD.

Ben is a fan of Newcastle United football team so understands the gospel
dynamic of suffering preceding glory. He loves walking in the beauty of God’s
creation, so is missing the countryside of rural Gloucestershire, but finds
that a day at Singapore Zoo with the boys more than makes up for it. 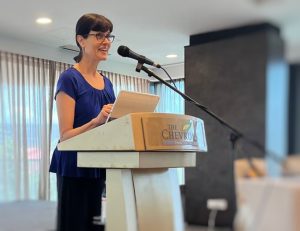 Jenny was raised in Perth, Western Australia. After finishing school, she trained as a medical practitioner before working in hospitals, in General Practice and also as a surgical assistant. When she became a Christian in her mid-thirties, she decided to pursue theological study and after this, worked in a church teaching the Bible to, and pastoring women for 13 years.

She is married to the principal of ETCAsia, Marty Foord and has been working at the college since 2021. 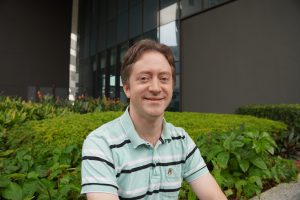 Stuart studied history at University College London from 2000–2008 culminating in a PhD in medieval church history.

Subsequently he trained for ministry at St Helen’s Bishopsgate in London before working for the Crossing Church and studying at Moore Theological College in Sydney (BTh). He currently ministers at The Crossing Church where his focus is on training small group leaders and ministry trainees.

Stuart is married to Chew Chern and they have twin daughters, Samantha and Elizabeth. The son of a minister of the Reformed Presbyterian Church, the Lord saved me in 1966.

In 1974, I received a BD from the Reformed Theological College, Geelong, and studied Hebrew and Middle Eastern Studies at the University of Melbourne.

After five years in the pastorate, I commenced teaching Old Testament full-time at the RTC, later receiving the MTh from Calvin Theological Seminary, Grand Rapids.
Retiring a number of years ago, I continued part time until 2020.

I have been married 51 years to Margaret, and have four married children and fifteen grandchildren who worship together weekly at the local RPC. Mike is the Director of the Centre for Biblical Preaching based in Melbourne, which trains people across Australia and the world in Biblical preaching. He spent 11 years as a missionary in Pakistan. He then served as Head of the Department of Mission a Moore College before becoming Principal of Melbourne School of Theology. He is an adjunct lecturer at Ridley College and Evangelical Theological College Asia. He’s married to Sarah and they have four children. He is the author of over 40 books and articles including the 2004 Australian Christian Book of the Year, Stirrings of the Soul. 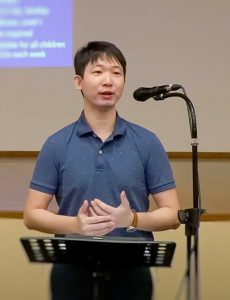 John Chua used to work as a classical pianist and film music composer. However he became increasingly convicted to communicate God’s Word, not just music to his hearers. With that goal in mind, he completed his Master of Divinity at ETCAsia. Although he still enjoys God’s gift of music, he finds greater fulfillment impacting lives with God’s Word. Thus he spends most of his time now doing Word Ministry at Gateway Church, and teaching Greek at ETCAsia.